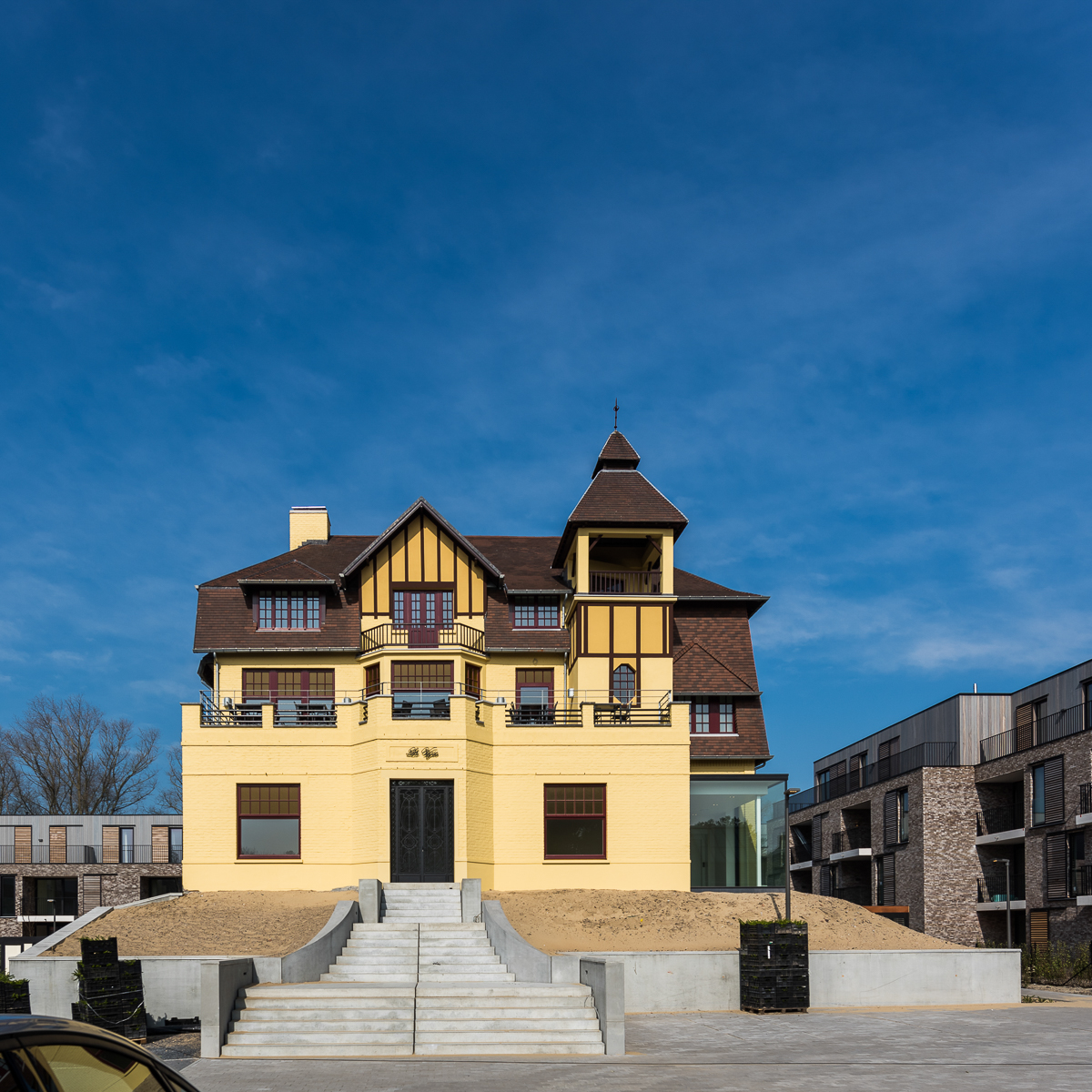 Once upon a time…

…a historical villa was built on top of a First World War bunker. What? Yes, this is how the story of La Vigie starts, a household name locally but one that deserves wider attention. In the spring of 1916 the British army built underground bunkers against the side of a dune in Koksijde and bombarded the coastline from this strategic location using large cannons. Ten years later a magnificent villa in typical cottage style, a fine example of the dune houses and holiday architecture characteristic of the inter-war period, was constructed on the roof of one of the bunkers. The ground floor offered a sea view, so the villa came to be known as “La Vigie”, the look-out post. It served as quarters for senior German officers during the Second World War and became home to the Fighter Pilot School after Belgium was liberated. In 1951 the Belgian government purchased the building to accommodate officers and learner pilots. Later it passed into the hands of various property developers, all of whose plans were unfortunately unfeasible. Meanwhile the splendid building fell into a very dilapidated state and became a haven for social dropouts.

Luckily that wasn’t the end of the story. Two years ago the tide turned when Matthijs & Co got the go-ahead to start on the restoration. The whole site was to be used for a different purpose: the villa would be restored to its former glory and would also serve as the main building set among new-build sheltered housing. A new chapter in its rich history was about to begin.

“The outside is protected under the Flemish National Heritage scheme, so a very specific approach is required. A detailed study of materials and colours gave us a clear idea of the original design we were aiming at. Since the villa was no longer sufficiently stable, we took out the interior walls and built a new skin inside the protected exterior. All of the load-bearing structures and technical elements were replaced to bring them in line with modern standards. The bunker now serves as a foundation for the new structure. The interior is not protected, but also required a very thorough approach. The perfect job for Matthijs & Co. The new design incorporates some original features that evoke the atmosphere of the building in bygone days. As a result, exterior and interior are subtly interwoven.”

Would you like to find out more? Sign up here for our magazine Mature, which contains a detailed report on this project.